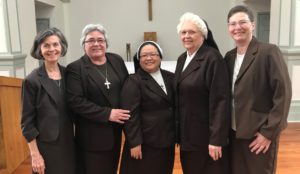 Members of the new leadership team from left to right include: