The Sisters of Our Lady of Mount Carmel met for their Thirty-sixth General Chapter at the Carmelite Spirituality Center in Lacombe, Louisiana from December 27, 2016 – January 3, 2017. Thirty-six sister delegates from the U.S., Philippines, and Timor-Leste participated in the Chapter proceedings and re-elected Sister Lawrence Habetz, O. Carm. as president of the congregation. Sisters Maria Sheila Undang, Janet LeBlanc, Elizabeth Fitzpatrick, and Kathleen Farrelly are the executive councilors-elect for a four year term of office, which will begin April 29, 2017. Sister Maria Sheila Undang will serve as assistant to the president. The sisters will gather for a private installation of the new leadership during the Eucharistic Celebration at the Motherhouse Chapel, New Orleans, on April 29, 2017.

When convoking the General Chapter, Sister Lawrence Habetz prayed with the sisters, their Chapter Prayer, adapted from St. Teresa of Avila: “Yours I am, for You I was made; what do you want of me? Yours we are, for You we were made; what do you want of us?” Referencing the words of Alfred Lord Tennyson, she asked that these sacred days of Chapter give us the will “to strive, to seek, to find, and not to yield,” and the courage to “Embrace the Future with Hope,” the chapter theme.

Sister Maria Sheila Undang, O. Carm. will continue to serve as assistant to the president and 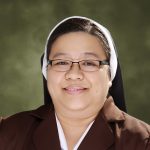 corporation secretary. As a member of the Philippine Region, she served as Regional Treasurer of the Sisters of Mount Carmel, Administrative Assistant and Treasurer of the Sisters of Mount Carmel Catholic School in Quezon City, Philippines, and formator for the junior professed sisters.  She received her Bachelor of Arts in Religious Studies from the Institute of Formation and Religious Studies in Manila and a Master of Arts in Theology. She served as Department Head at Holy Child Hospital in Dumaguete City, Philippines prior to her administrative duties in Quezon City. She is currently enrolled in the Loyola Institute of Ministry. 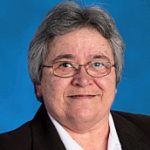 or Religious for the Archdiocese of New Orleans and will continue in her ministry as she will serve as executive councilor. Previously she served as executive councilor from 2001-2005 and as president of the congregation from 2005-2013. She attended St. Dominic School, Mount Carmel Academy, Dominican College where she received her B.S. in Home Economics Education, Notre Dame in South Bend, IN where she received her Master of Arts Degree in Theology. She was awarded a certificate of Theological Studies from the Jesuit School of Theology at Berkeley and an Archdiocesan Religious Education certificate in spiritual direction. Her previous ministries include teaching at Mount Carmel Academy, her alma mater in New Orleans, Mount Carmel High School, New Iberia, and E.D. White in Thibodaux, LA, and at Notre Dame Seminary for 16 years. Through her leadership the Intra-Carmelite Formation Program was established which brought together Carmelite men and women in formation in the Discalced Order and the Order of Carmel.

Sister Kathleen Farrelly, O. Carm. returns as executive councilor for a second term. She resides in Lafayette and ministers in counseling and spiritual direction and Victim Assistance Coordinator for the Carmelite Priests in Middletown, NY.  She is part time Co-Director for Vocations for the congregation. She graduated from Mount Carmel Academy, New Orleans, LA. Sister received a Bachelor of Science degree in General Business from University of New Orleans, a master’s degree in Social Work from Southern University, New Orleans and is certified in spiritual direction and retreat work from Creighton University, Omaha, Nebraska.  Sister has served as social worker at St. Bernard Elementary in Breaux Bridge, Cathedral Carmel Elementary, Lafayette, where she was religion administrator, and Mount Carmel Academy, New Orleans, where she also taught freshman religion.

The Congregation of the Sisters of Mount Carmel has served in Louisiana since its foundation in the U.S. in 1833.  In 1962 the sisters established a mission in the Philippines. A new mission in Timor-Leste was established in 2013.

In addition to their missionary work, the sisters currently minister in catholic education in elementary and high schools and child care centers, in health care and parish ministries, in spiritual direction, retreat work, Lay Carmelite coordination, art, peace and justice, vocation ministries, as well as in a Non-Government Organization of the Department of Public Information of the United Nations.