Each year the sisters celebrate the anniversary of their entrance into religious life. The 2020 Jubilarians are: 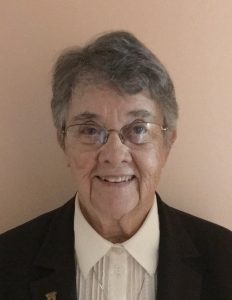 Sister Angele Marie Sadlier, born Elma Marie Wilhelmina Sadlier to Claus Sadlier, Sr., and Angela Viosca, celebrates 70 years of professed religious life. She attended Lakeview Public Elementary School and Mount Carmel Academy. She entered the congregation in 1947 and pronounced first vows in 1950. She received a bachelor’s degree in Secondary Education from Loyola University, a master’s degree in English from the University of Notre Dame, and a master’s degree in Religious Education from Boston College. Sister has served in Catholic Education as a teacher at St. Dominic School, St. James Major, and Mount Carmel Academy in New Orleans; St. Joseph in Rayne, and Notre Dame in Crowley. She ministered as principal at Mount Carmel Elementary/High in Lafayette and at St. Joseph High/Elementary, which became Rayne Catholic Elementary when the Catholic High Schools of the area merged to become Notre Dame in Crowley. Sister returned to Rayne to become principal again at Rayne Catholic. From 1972-77 she served as campus minister at the Catholic student center at McNeese State University in Lake Charles. She served as President of the Sisters of Our Lady of Mt. Carmel from 1977-85. Sister Angele taught part-time at Loyola University City College and at Notre Dame Seminary while living with her parents who had become critically ill, and she cared for them until they went back to God. Sister also taught courses on prayer at the Washington Theological Union, served on the formation team of the Carmelite friars, and as Executive Director of the Carmelite Institute until she returned to New Orleans in 2001, where she became administrator of the congregation’s Motherhouse. In 2015-2016 she was selected “Nun of the Year” by the LA Ladies Auxiliary. Sister currently serves as a retreat and spiritual director and as Spiritual Assistant to the St. Maria Goretti and the Jesus Our Joy (St. Dominic) Lay Carmelites in New Orleans. Presently she resides at the Chateau de Notre Dame Apartments where six other Mount Carmel sisters reside, along with two others in the Chateau nursing home. 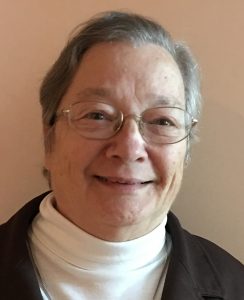 Sister Cheryl Scheaffer born in New Orleans, LA to the late George Walter Scheaffer and Leonita Phyllis Serie, celebrates 50 years of religious life.  Sister attended McDonogh #39 Elementary, Capdau Junior High, and St. James Major High School in New Orleans.  She entered religious life in 1967 and professed first vows in 1970.  Sister Cheryl received a bachelor’s degree in Home Economics from Nicholls State University, Thibodaux, LA.  Sister worked as a certified nursing assistant in homecare and hospice for Hotel Dieu Hospital and University Hospital (formerly Hotel Dieu), New Orleans (where she was honored for her work during Hurricane Katrina, having her name etched into the glass wall.) She served as a nurse’s aide in the congregation’s Motherhouse Infirmary, St. Joseph Hospital, Thibodaux, Mercy Hospital, New Orleans, LA, and after Hurricane Katrina at University Hospital Lafayette, LA.  Sister also taught at Cub Corner Preschool, New Orleans, LA. Sister Cheryl assisted with the healthcare of our infirmed sisters in the Lafayette, LA area before moving to New Orleans in 2016 where she currently serves as healthcare coordinator for our sisters and their families in the area.

Sister Gloria Ibalio born in Zamboanga City, Philippines, to the late Melquiades Ibalio and Paula Dacova, celebrates 50 years in religious life.  She is the third of five siblings.  Sister graduated with a Bachelor of Science degree in Commerce from the Ateneo de Zamboanga and entered the Sisters of Mount Carmel in 1967 to be an active-contemplative carmelite religious.  She is one of the last postulants whose initial formation was in the USA.  She received a Business Education degree from Nicholls State University, Thibodaux, La. She received her post graduate course in Hospital Executive program from St. Louis University, St. Louis, Missouri.  She attended studies at the East Asian Pastoral Institute, Philippines on Inculturation, the Church in Asia, and the Local Church. Sister Gloria served forty years as Administrator of Holy Child Hospital in Dumaguete City while serving also as Coordinator of Mt. Carmel Mobile clinic, a community-based health program, and as Regional Coordinator for two terms in the early 80’s. Sister currently serves as assistant administrator at Holy Child Hospital and Regional Coordinator for the Philippine region.