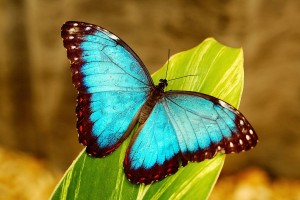 Not long after the creation of the earth and the exile from Eden, God formed a covenant with Noah:  he would not destroy the earth by floods.  The remnant of creatures in the ark renewed and populated the earth once again and God continued to deepen his relationship with his creation through covenants with Moses, Abraham, and Jesus, his own human Son.  Today, we are the remnant to renew the face of the earth.  Again, power, money, greed and selfishness abuse the gift of creation, a gift to be used by all the peoples of the earth. In the Garden, Adam was given the responsibility to give names to God’s creation – a bestowal of names that signifies responsibility, care and respect.  The covenant with Noah challenges us to be concerned with the earth, its various species and cultures.  Noah is a witness to ecological stewardship that is vital to not only the preservation of our natural gifts of the earth, but the respect and care of our impoverished brothers and sisters around the globe.

We never could imagine that any living organism could benefit from a nuclear disaster such as Fukushima, but some species have actually thrived there.  A fungus containing a type of melanin is able to convert gamma radiation into energy and the spider population also increased, possibly due to slower insects to prey on.  However, other species such as blue butterflies and monkeys have suffered.  The butterfly species has a 30% deformity rate with altered wing, antennae and leg forms and the monkeys have lower white and red blood cell counts.  The Chernobyl, Ukraine disaster in 1986 released much more radioactivity and the trees attempting to grow in a 1.5 mile radius resemble mangled, warped bushes lacking central stems.  Swallows in the area exhibit eleven types of abnormalities, including malformed beaks and deformed feathers.

A new industrial product using nanoparticles inside glass is bringing a revolutionary way of cooling buildings with much less energy.  Glass made of seven layers of hafnium oxide and silicon dioxide can reflect 97% of sunlight and release warmth in an infrared frequency to pass out through the building without increasing temperature.  There are also new photovoltaic cells in development using nanoparticles to directly convert sunlight into electrical current.  The current model of solar panels has a much lower rate of conversion.

A powerful political lobbying network called American Legislative Exchange Council (ALEC), has formed through funding of large energy corporations.  They plan to attack both environmental and climate protections already in place to allow greater profits, disguised as more jobs and better economies.  Meanwhile, the Center for Environmental Health at the University of Missouri, and other groups are linking birth defects and developmental disorders in both humans and animals living in communities close to oil and gas production.  Especially known toxins associated with oil and gas production are formaldehyde, benzene and silica dust.

An environmental biologist, David Reznick, has been studying guppies in Trinidad for the past few decades and discovered such a rapid drive toward adaptation that scientists have called it “rapid evolution”.  Researchers who once assumed evolution required centuries are now documenting adaptations within decades or even shorter time frames.  The guppies in Trinidad, producing dozens of babies every month, rapidly showed adaptations in sites where they encountered aggressive predatory fish.  Within six to eight generations the male guppies matured at a much earlier age to ensure reproductive survival.  Chinook salmon, brought from Alaska to California, needed only about thirty years in aquaculture farms to become smaller and shorter lived.  Green anoles lizards, the ‘green cameleon’, were driven to higher perches due to an invasion of aggressive brown anoles in central Florida.  Within fifteen years their toe pads became larger with more scales, providing more secure contact with the branches.  The effect of climate change is already begun to result in notable changes in some species such as the coloration of tawny owls in Finland.  Molecular genetics also allows scientists to track some of the changes occurring.