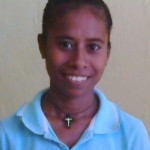 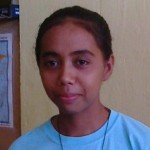 Marciana Soares is the daughter of Mr. & Mrs. Henrique Guterres. She was born on March 9, 1992 at Uiacana, Bado-Ho’o, Venilale Baucau, Timor-Leste. She obtained her high school diploma from Colegio Sao Miguel and took vocational courses from Ensino Technico Vocational. On January 12, 2015 she joined the live-in aspirancy program of the Sisters of Mount Carmel in Timor-Leste.

Sister Mailyn Batocabe, O. Carm., received them as postulants on May 30, 2015. The ceremony was witnessed by the members of their families, friends, Carmelite fathers and brothers, and the villagers from Beilaco, Zumalai, Timor-Leste. The two postulants received Our Lady of Mount Carmel medal and a bible. As they begin their postulancy program they will be taking courses on scripture, theology, spirituality, prayers and other courses that would help them in their continuous discernment to respond freely to the call of consecrated life. Sister Mailyn will be journeying with them as their postulant formator. 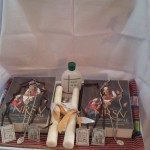 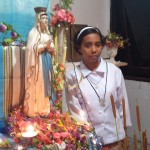 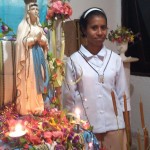 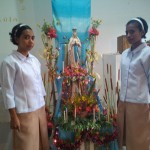 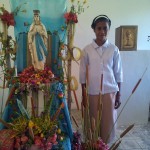 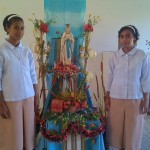 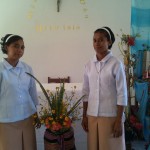 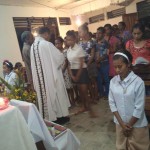 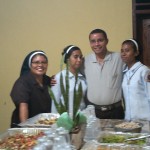 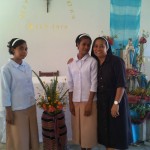 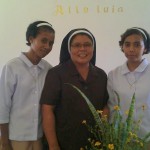 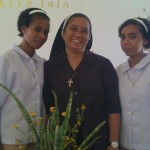 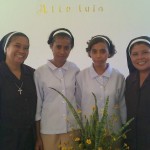